Passive Consumer of Entertainment Product: The $1 CD Rack at TD's CD's and LP's 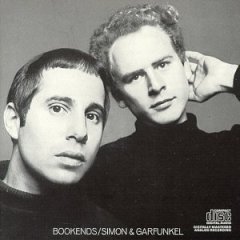 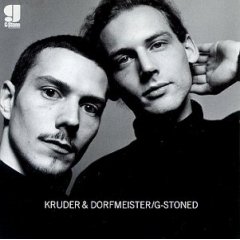 There was a time I could afford at most one new CD a week. That time is gone, but that doesn't mean I should ignore the $1 CD Rack at TD's, esp. since the job where I could buy (usually mainstream) CDs for $2.50 is a distant memory now. Anyhow, here's what I found last week:

The outstanding find was the Lionrock CD, worth it for song #2, Rude Boy Rock, alone (fuck you iTunes! I'll play the song on any computer I want! I ain't got to authorize NOTHING!). Rude Boy Rock is built around various reggae samples and snippets of Jamaican Patois, a.k.a. 'rasta guy talk'. There are horns, there is the somewhat cheap-sounding organ, there is, of course, the big dumb beat that puts it in the 'Big Beat' genre. Big, kinda dumb, but likeable, like a clumsy, sloppy dog slobbering all over you. And actually, the whole album is pretty good. 'Cellar Full Of Noise' and the Title track are favorites.

G-Stoned has a cover that's an obvious parody of or homage to Simon and Garfunkel's Bookends, something people who like both K&D and S&G (like me) were quick to notice. But there are no interviews with the elderly to be found on this CD, just that 'yuppie chillout music' that K&D built a career out of. It's not bad, but it's no Rude Boy Rock.

Finally we have the CMJ Volume 13 album, which I bought because there was a Faith Healers song I had never heard on it. Imagine my disappointment on finding this was the Faith Healers from Arkansas, not the ones from the UK that did the very noisy, repetitive but oddly hippie-ish music in the early 90's. The presence of Tone-Loc and Slick Rick tells us this CD dates from the late 80's. The presence of the Fall was no help in determining what year this came out, as they have been around forever. A hip-hop song from the forgotten 'Big Lady K' uses a James Brown sample, forgotten group S.K.A.M. contributes the song 'We Didn't Even Need James', as in 'we didn't need a James Brown sample to make this song', but maybe they did need James (or, like Tone-Loc, Van Halen), to keep from dropping off the face of the earth completely.

All in all, not a bad use of $3, or of the brief time I spent after my visit to the Laughing Planet Cafe upstairs for a burrito.
Posted by SDC at 1:14 PM